I say DIY, but I actually did very little. What I mean by DIY is.. let my boyfriend know what I’d like and ask his Dad and him to work miracles!

Jordan and I have been in our flat for over 2 and a half years, and don’t get me wrong, as much as I like our little flat, and admire what we’ve done to it so far, there is still a lot of things I’d like to update/ change (as with everything ay).

How To Renovate Your Bathroom On A Budget

The bathrooms for examples were 2 of the rooms I hated. I literally despised them! They hadn’t been updated since the flats were built over 10 years ago so they were pretty grim. What annoyed me most is that no matter how much time I spent cleaning the bloody things, they never appeared clean because everything was just so old and urgh, it wasn’t worth me wasting my time!

So, it was certainly time for a change.

We didn’t have a huge budget, in fact, we really didn’t want to spend a lot at all. This really was a transformation on a budget. Lucky enough, Jordan’s Dad is a very good handy man and knows skills from all different trades (even though is background is aircraft engineering!) so having him on board was amazing. That’s how we cut the cost down as we didn’t need to pay anyone to rip the old bathroom out and fit the new one. So our costings were purely down to buying what we wanted, and I’d say 80% of the bathroom was from eBay!

Cue the before and after pictures….

Firstly, I apologise for the lack of photos of the bathroom before we starting ripping it out. I actually took a lot of videos and posted them on my story, but didn’t actually capture lots of photos! 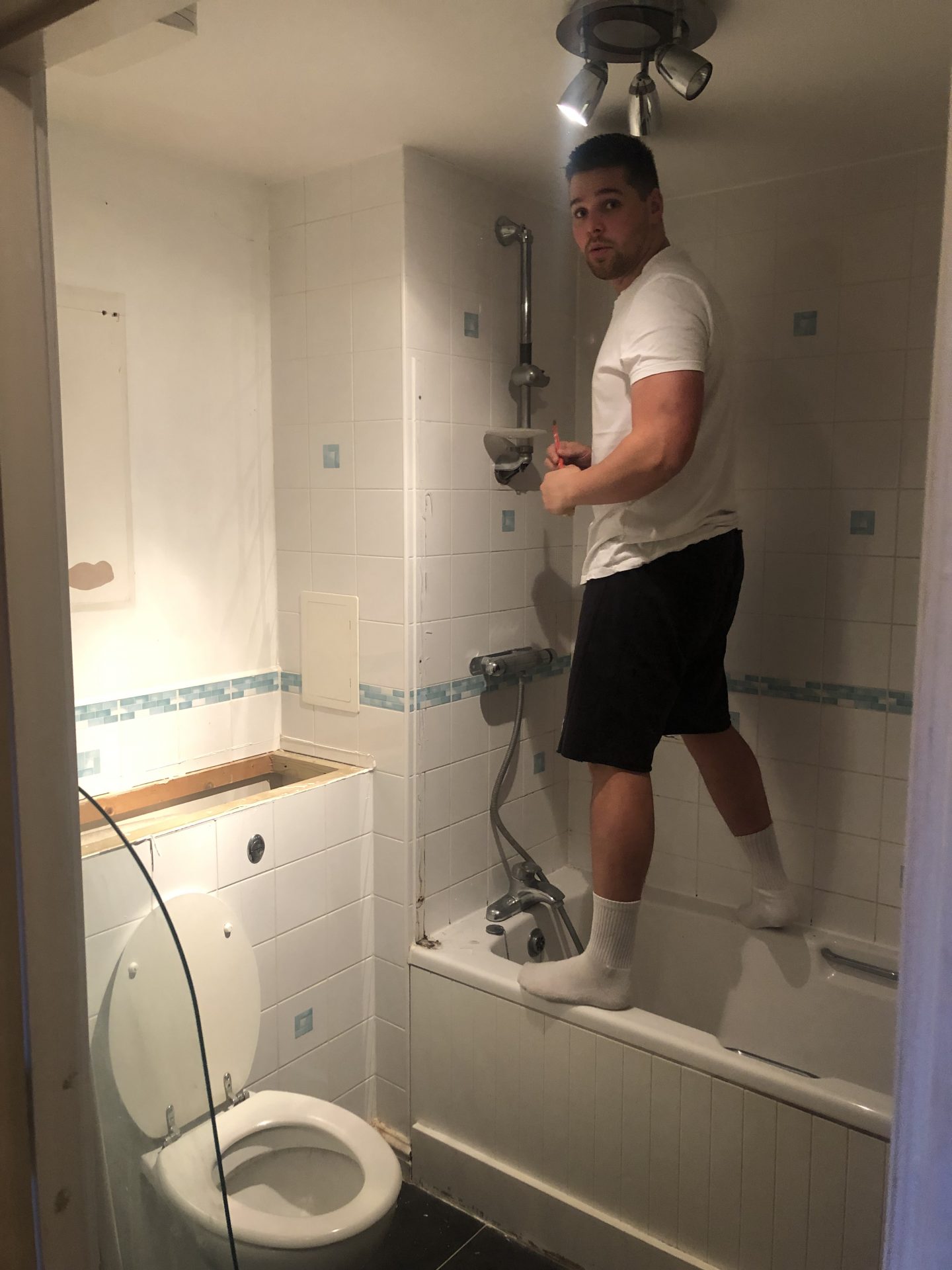 You can see from this photo, how disgusting the bathroom was. Looking back at this, I’m actually shocked at how this mess could have been transformed, but we literally ripped EVERYTHING out! Everything from the horrible random blue tiles to the dirty, brown skirting along the bottom! Just ew.

So they ripped everything out…. 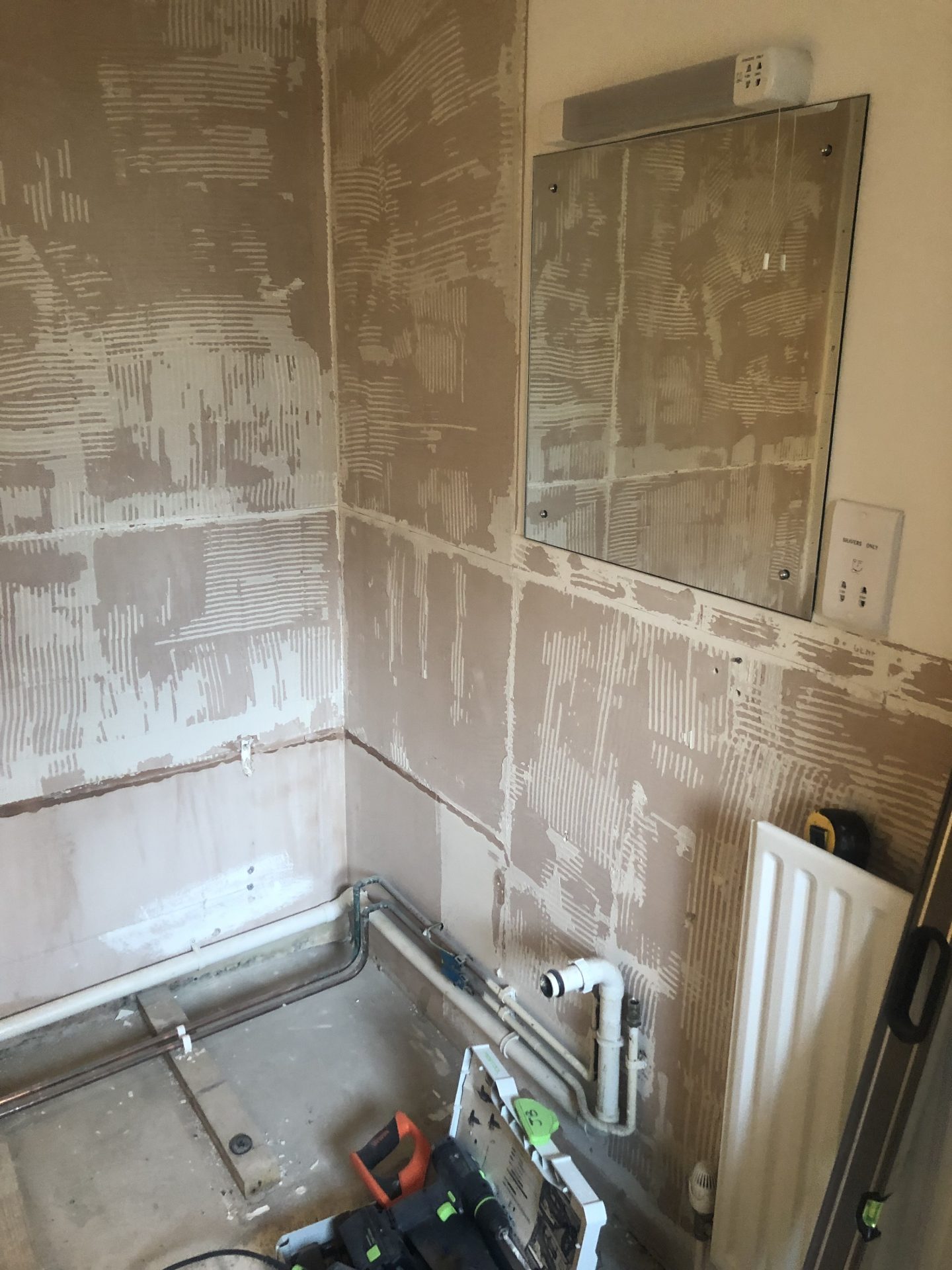 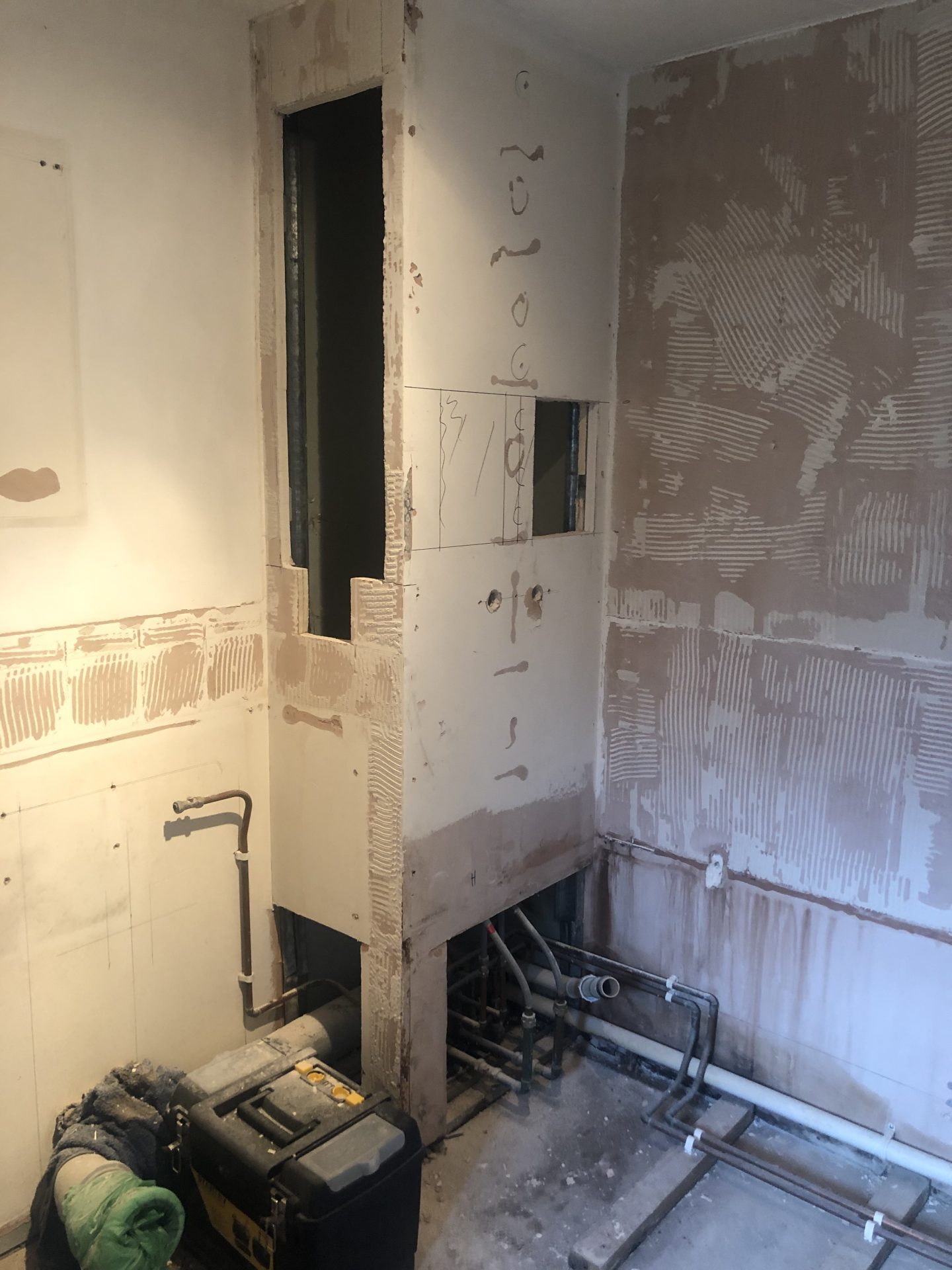 and these are the photos I’ve got since we’ve done most of the work. I’ll admit there are still a few things we need to finish off, but it’s pretty much there!

Also, it’s really hard to get any good photos of the bathroom because unfortunately we don’t have any natural light source as there is no window so this is with the light on and obviously the walls are quite a dark grey, so the photos come out pretty dark but…. 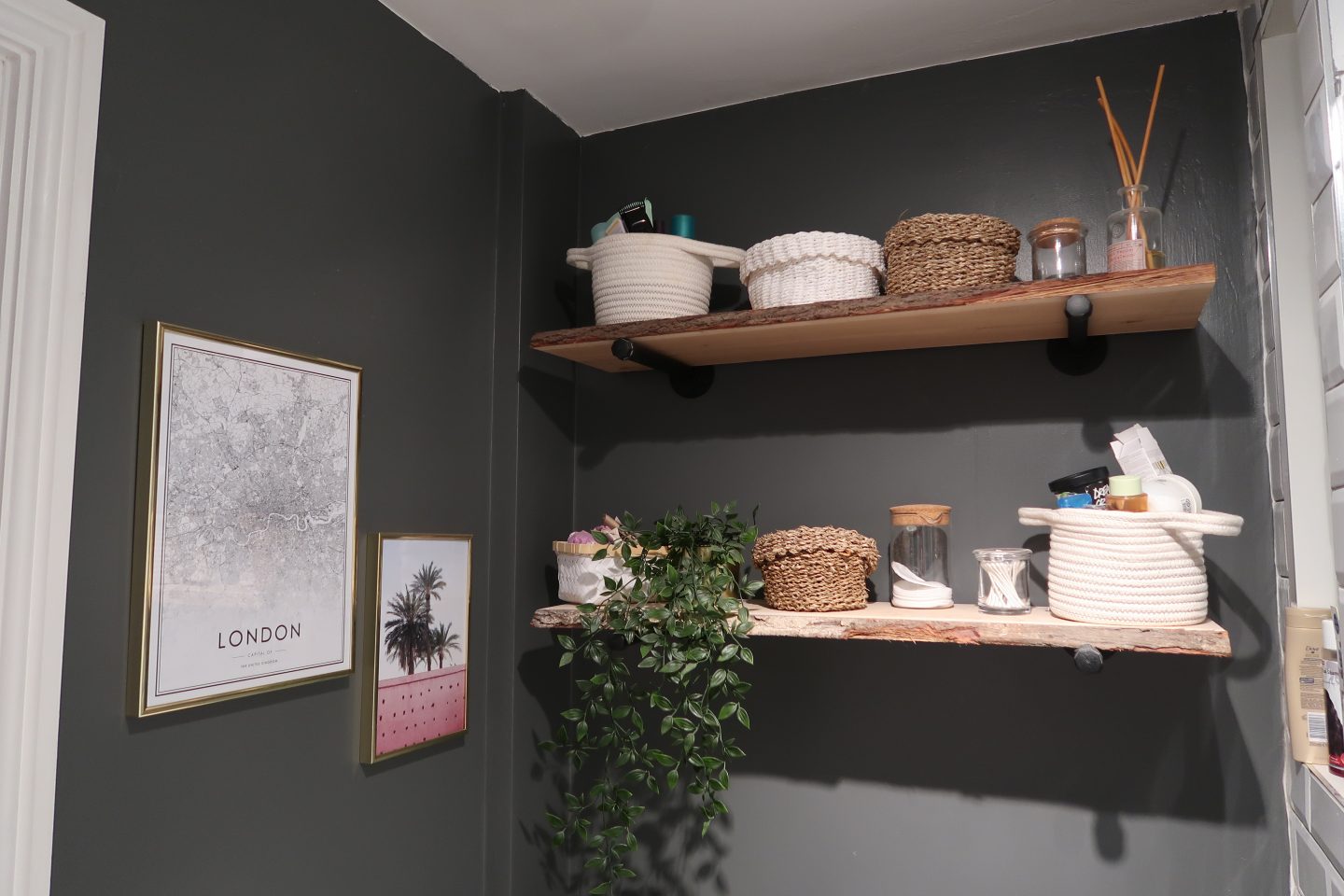 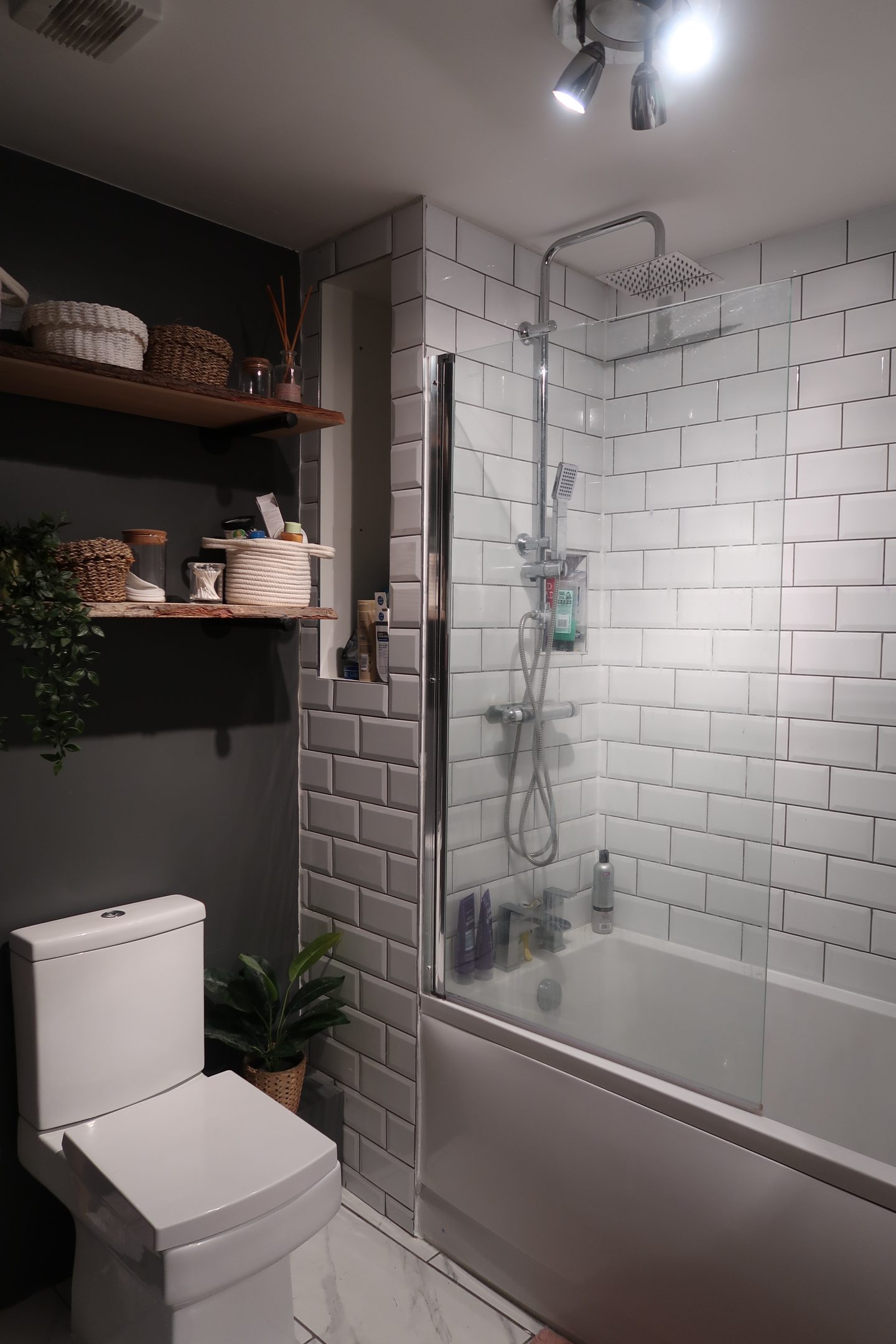 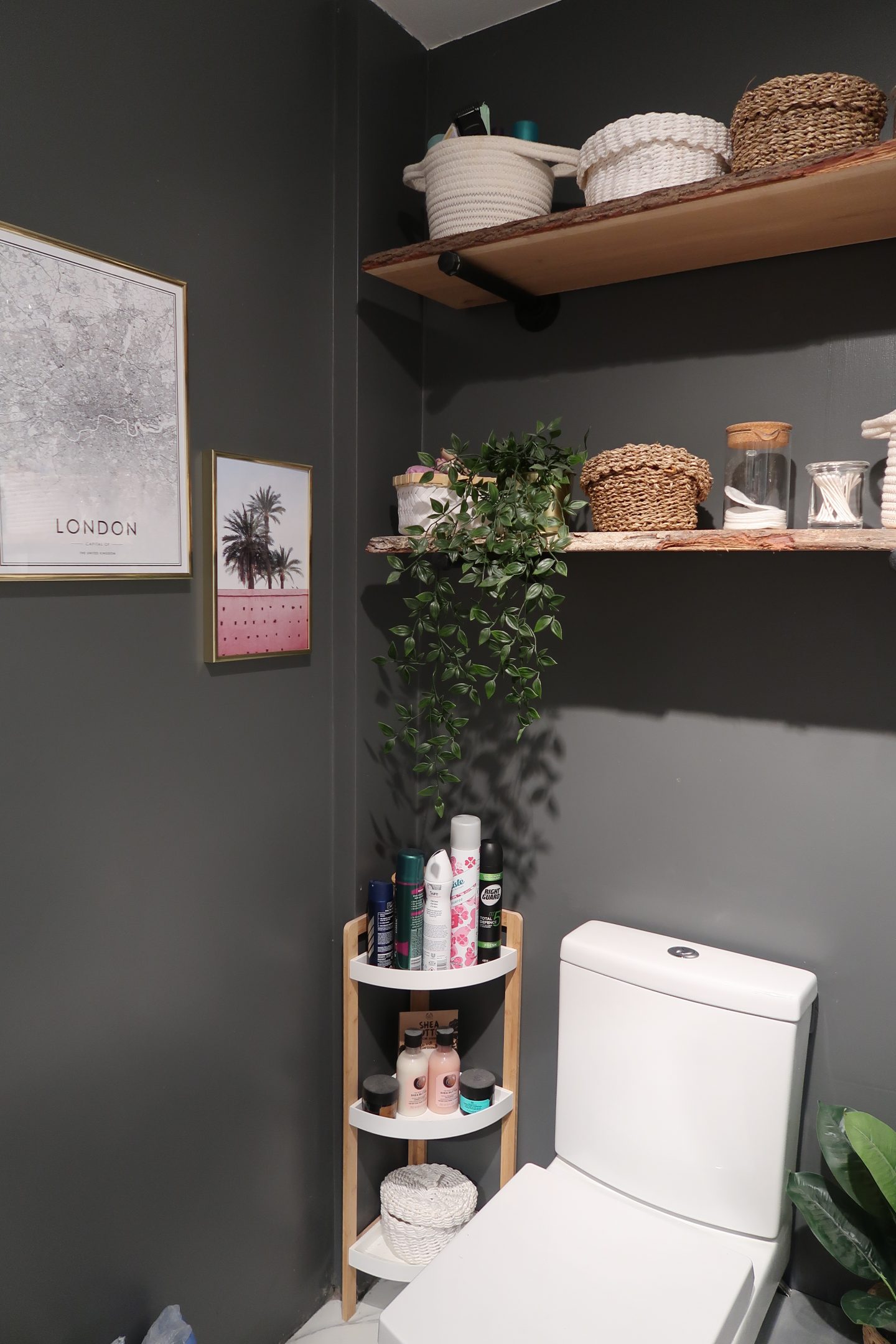 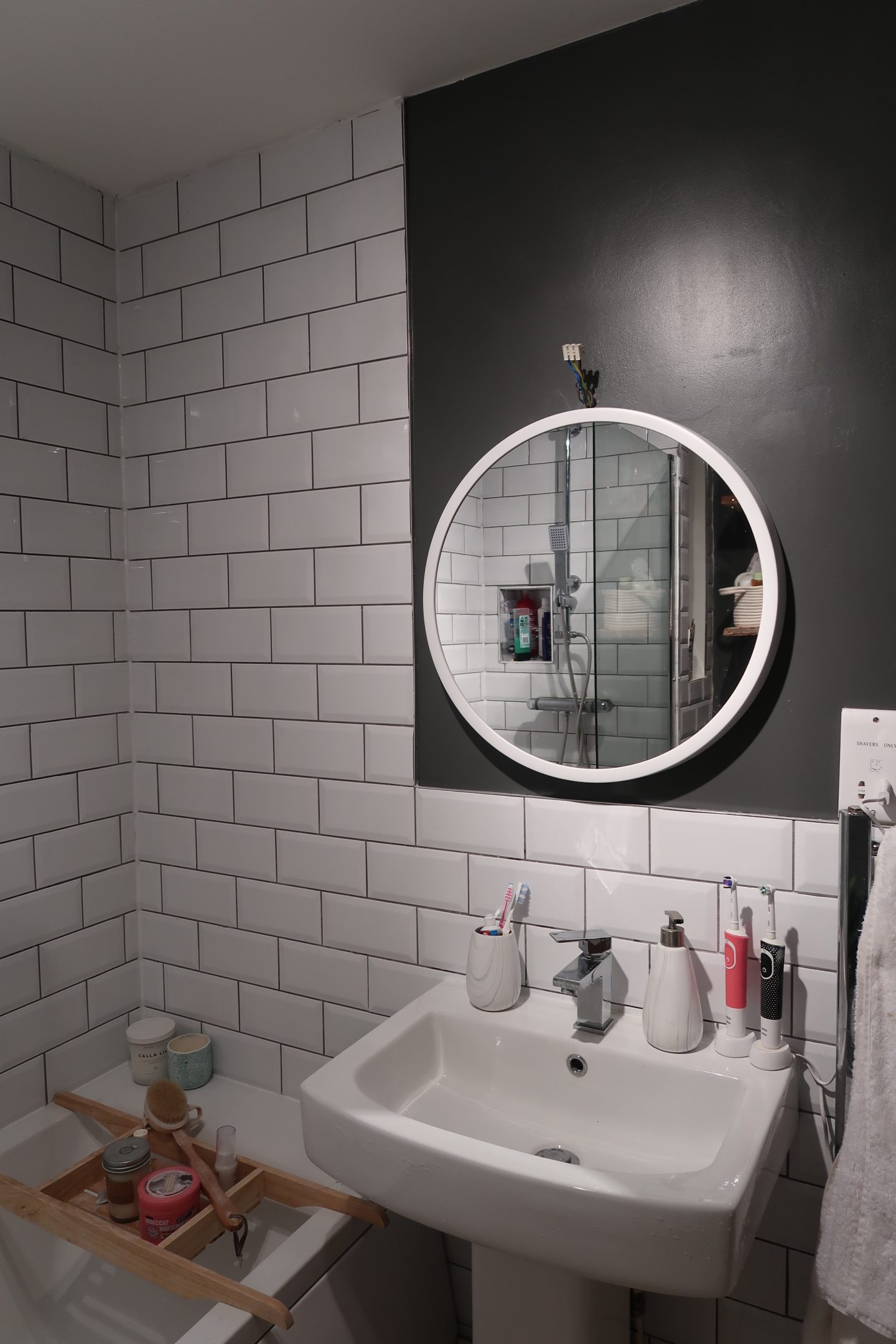 But even with the dodgy photos, you can see there is such an improvement! I love the bathroom now and I feel so lucky to have an amazing boyfriend and father in law who have worked hard to complete this!

What do you think? 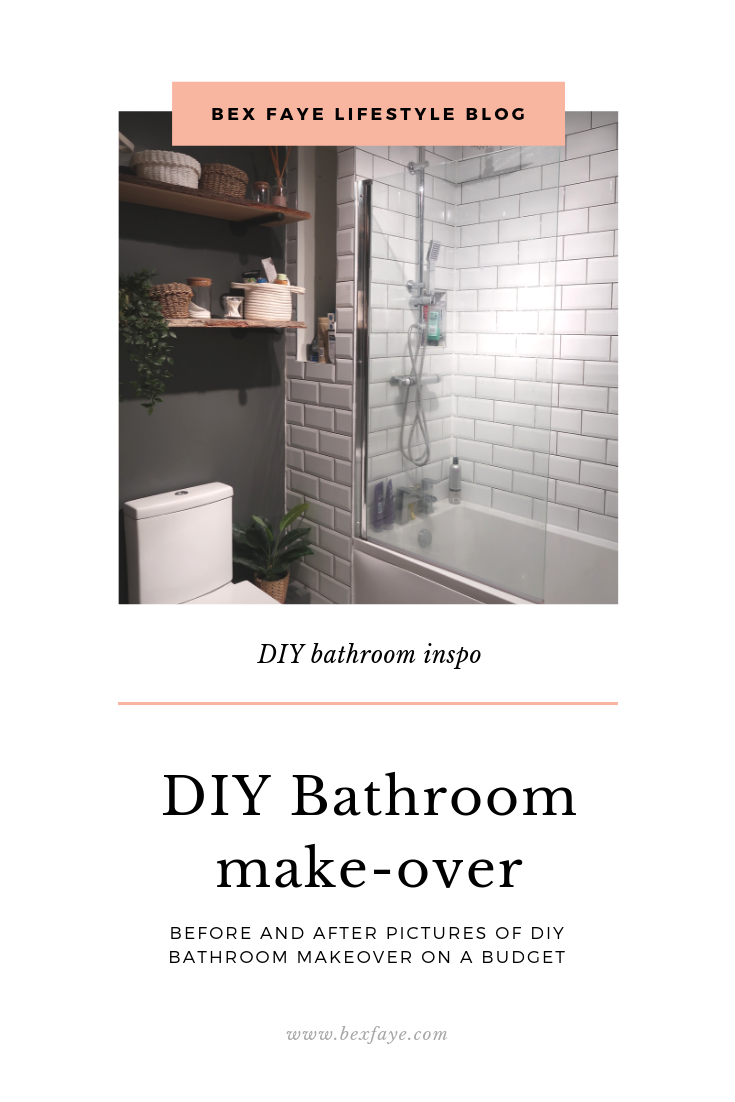